The well-known Italian Navy tall ship Amerigo Vespucci sailed round the Maltese islands at sunset on Tuesday and Wednesday.

The Italian Embassy said this was a scheduled activity within the cadets training programme of the Naval Academy of Livorno.

The ship approached Gozo from the North-West on Tuesday and sailed along the coast, arriving off Valletta Grand Harbour at sunset, when the 106 cadets and the ship’s crew took part in the evocative ensign lowering ceremony.

The ship’s masts have been illuminated with the Italian tricolore. The ship proceeded to sail around Malta before heading for Sicily.

The Amerigo Vespucci, named after the famous explorer for whom America is named, was designed by Francesco Rotundi, director of the shipyards of Castellammare di Stabia, near Naples in Italy.

The ship was launched in 1931 and has always been used as a cadet training ship. It has visited Malta several times.

O.F.Gollcher & Sons Ltd assisted in the preparation for the sail around the Maltese Islands of this magnificent ship. 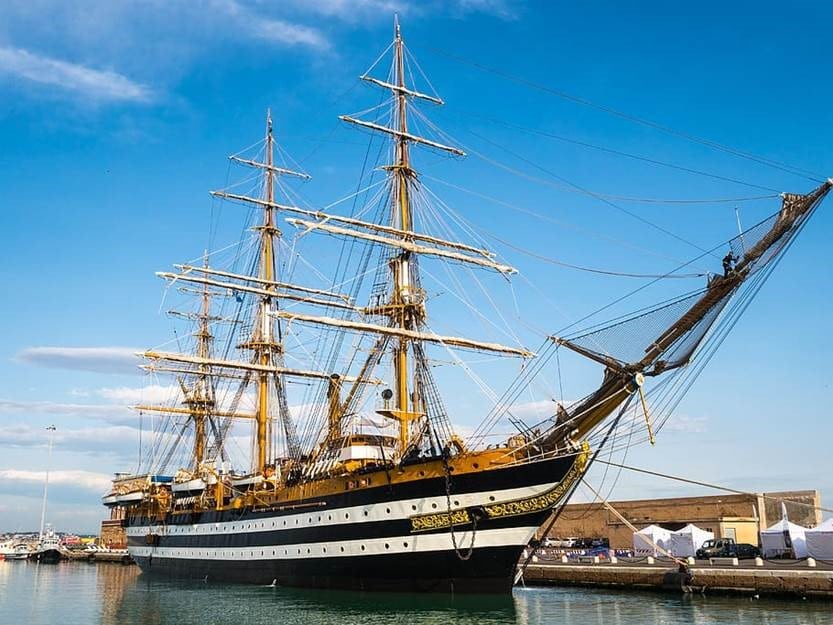